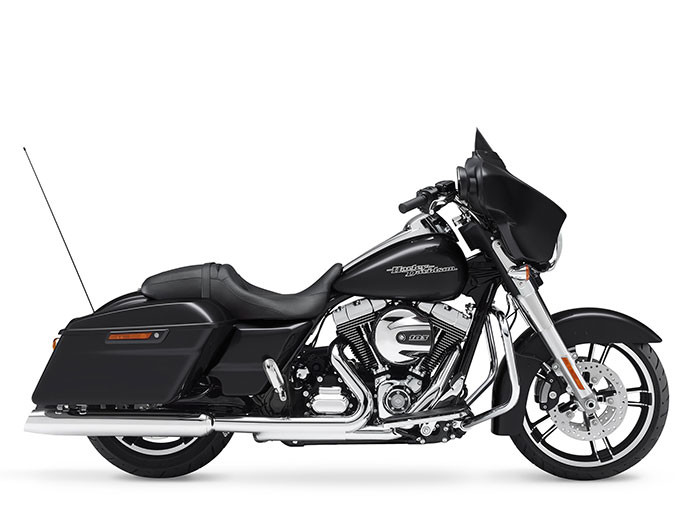 Only Harley-Davidson® could pull off a machine like this. We stripped off parts and slammed the suspension, then dialed up comfort. The result: a bike that goes from 4-lane super slab to neon drenched strip and never misses a beat. If you don’t need it, it’s not here. If it you do, we make sure it doesn’t interrupt the immaculate lines. Let the High Output Twin Cam 103™ engine loose on the street, country road or mountains pass near you.  From the tip of its sleek Project RUSHMORE front fender to the tip of its chrome exhaust, the Harley-Davidson Street Glide® defines the state of the art in stripped down bagger style.  Harley-Davidson Touring bikes, infused with enhanced style, outstanding aerodynamics and optimized touring ergonomics for rider and passenger– the full influence of the customer-led Project RUSHMORE product-development effort. Propelled by the unrelenting performance of the Twin-Cooled™ High Output Twin Cam 103™ powertrain, these motorcycles will exceed the expectations of the most demanding touring motorcyclist.

Inspired by the street but equipped for the open road, the Street Glide® motorcycle represents touring with an attitude. The bold, stripped-down bike is where custom and comfort cohabitate. It’s made to eat up the miles and strikes the perfect balance between custom touring style and long-haul functionality.

Project RUSHMORE started out as a way to re-think the venerable Harley-Davidson Touring motorcycle from fender tip to fender tip. It’s turned into a never-ending quest. Each year the going just gets better for the rider who points one of our bikes down the highway. As you might guess, a big part of the effort has gone into finding ways to help riders pass faster, stop quicker, take curves tighter and see further at night. Here are a few of the ways Project RUSHMORE is currently adding the control you feel in the saddle: Reflex™ Linked Brakes with ABS, Daymaker™ LED headlamps and fog lamps, brighter Tour-Pak® luggage carrier lighting, brighter turn signals, brighter brake lights, and a steering head with stiffer front forks. The bikes are better then ever. Project RUSHMORE control. An invitation to see how good you can be, written in Milwaukee steel.

When we go to work on the infotainment system for a Harley-Davidson Touring motorcycle we follow one simple principle. If you’re going to live in the saddle of a top-end touring bike, you deserve better sound than most people have in their living rooms. More sound. Purer sound. Big, full-color touch screens. Switches that are located where you intuitively want them to be and can reach without removing your hands from the grips. Voice activation for your music, phone and GPS. Think of it this way. Back in the day there was nothing wrong with the sound of Johnny crackling out of a dashboard Philco. But what the latest Project RUSHMORE infotainment systems do for your ears, and eyes, is infinitely better.

Starting with the days when early riders bolted plastic windshields to their machines and began crisscrossing the country, the Harley-Davidson Touring motorcycle has already gone places no one could have imagined. We began Project RUSHMORE to discover what comes next. When it came to rider comfort, that meant getting in the saddle and putting in miles. Thousands of miles, over every sort of pavement the road could throw at us. Experiencing every sort of condition Mother Nature could throw at us. We used the info to dial in airflow, passenger space, back rests, seat textures, legroom and hand controls and anything else rider and passenger feel out there. Then hit the road to test and re-test it all over again. That’s how we can say with confidence we’re building the most comfortable machines on the road. Ride one. You’ll say the same thing.

With a name like Project RUSHMORE, you know we were aiming high when we set out to rethink what riders experience on our Touring machines. These weren’t just motorcycles. They’re part of the American landscape. So we set about perfecting the way they work, feel and look the only way we could. By riding. Millions of miles. Countless hours. More grueling road tests than any sane person would ever want to endure. We discovered the technology and the innovations to make the ride better. And through it all we never took our eyes of the style of the machine. Give your eyes a slow ride from fender tip to fender tip You see classic Harley-Davidson style and a sleek modern look come through at the same time. Clean. Tight. Modern. As up-to-date as the weather report blasting out the infotainment system. As timeless as the road is endless.

As every rider knows, the engine is at the heart of the experience of riding a motorcycle. The amount of torque and horsepower it delivers over the RPM range is in direct proportion to the feeling it gives you when you roll on the throttle. We know what riders want from a motorcycle engine because we’ve been building them for 110 years. Project RUSHMORE gave us the opportunity to dial it in just right. We conducted thousands of road tests with real riders giving us feedback to build the next iteration of the legendary Harley-Davidson® engine. The consensus was: We want more. More low-end torque, more passing power, more perfection in the tone of the exhaust note, more of the feeling we ride a motorcycle for. And last year, we unveiled the engines that deliver it. This is the next level of Harley-Davidson® V-Twin engine. And it proves, once and for all, the customer is always right.

The factory-installed next-generation security system features a hands-free fob that automatically arms and disarms the vehicle’s electronic security functions as you approach and walk away from the bike. Stick the fob on your ignition key ring and let it do all the work. It’s this attention to detail and security that make Harley-Davidson® motorcycles unique.

The knowledge of what makes an engine truly move a rider runs deep at The Motor Company, and it was put to good use when we created the Twin Cam 103™ engine. We sweated bullets perfecting every cubic inch, pushing design and technology forward. And we did it all without compromising one bit of Harley-Davidson’s unique styling. Evolved, yet carrying on the legacy of the Flathead, Knucklehead, Panhead, Shovelhead, Evolution® and Twin Cam 88® and Twin Cam 96® engines that came before. The performance and durability are a direct result of the untold miles logged on the V-Twin since 1909 and the proud heritage that comes from a century’s worth of commitment to life on two wheels.

Fire up the Twin Cam 103™ engine and feel the low-end torque unleashed. Thanks to the lightweight piston design, delivery of the added power is more refined than ever. Then put your foot on the shifter and feel how the engine and Six-Speed Cruise Drive® transmission were designed to work together. Six speeds. A strong driveline and strong internal parts. Low routine maintenance. And a low cruising rpm couldn’t feel better.

Pre-owned motorcycle pricing includes all offers and incentive.Tax, Title, Tags and fees not included in motorcycle prices shown and must be paid by the purchaser. While great effort is made to ensure the accuracy of the information on this site, errors do occur so please verify information with a customer service representative.This is easily done by calling us at 407-328-1212 or by visiting us at the dealership.

**With approved credit.Terms may vary.Monthly payments are only estimates derived from the motorcycle price with a month term, % interest and % downpayment. 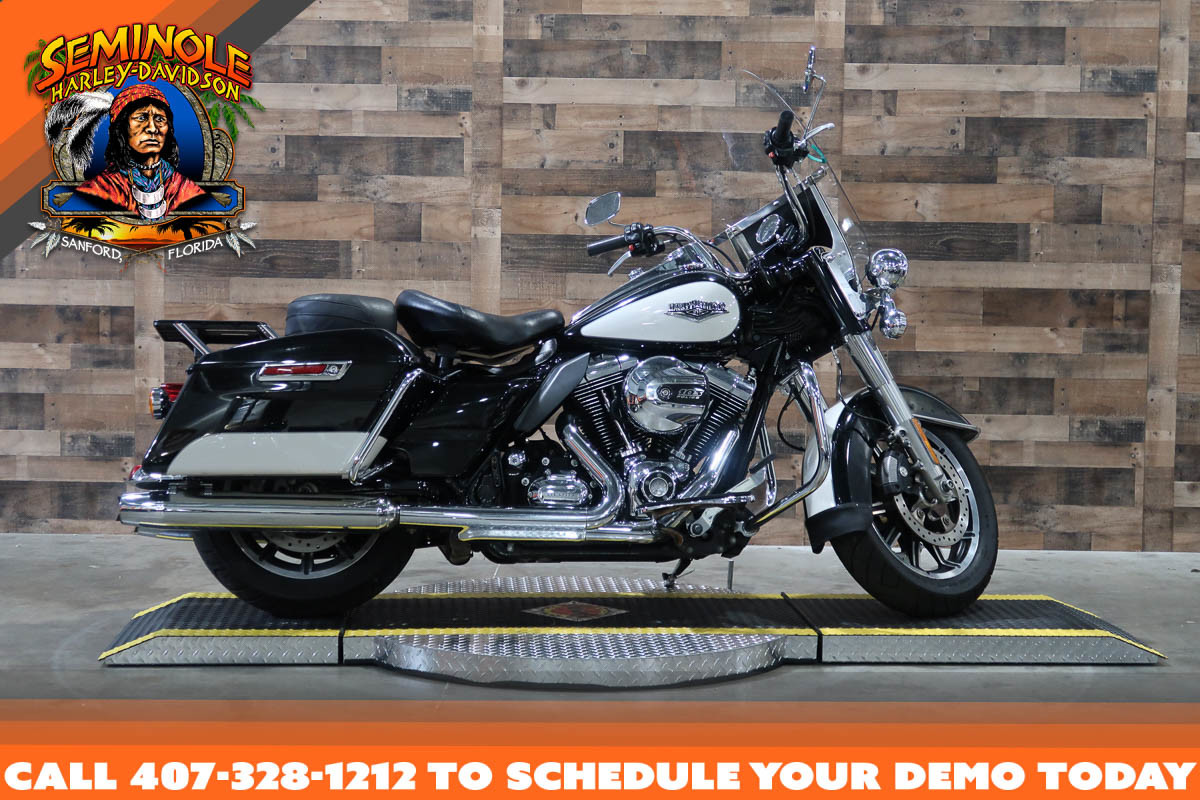 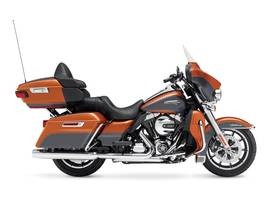 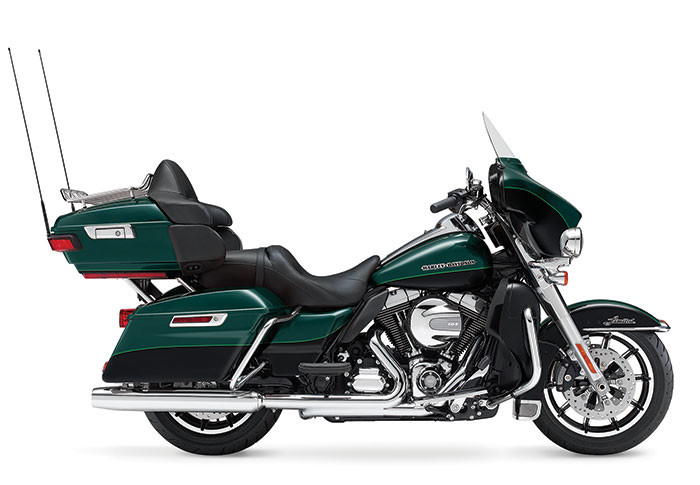 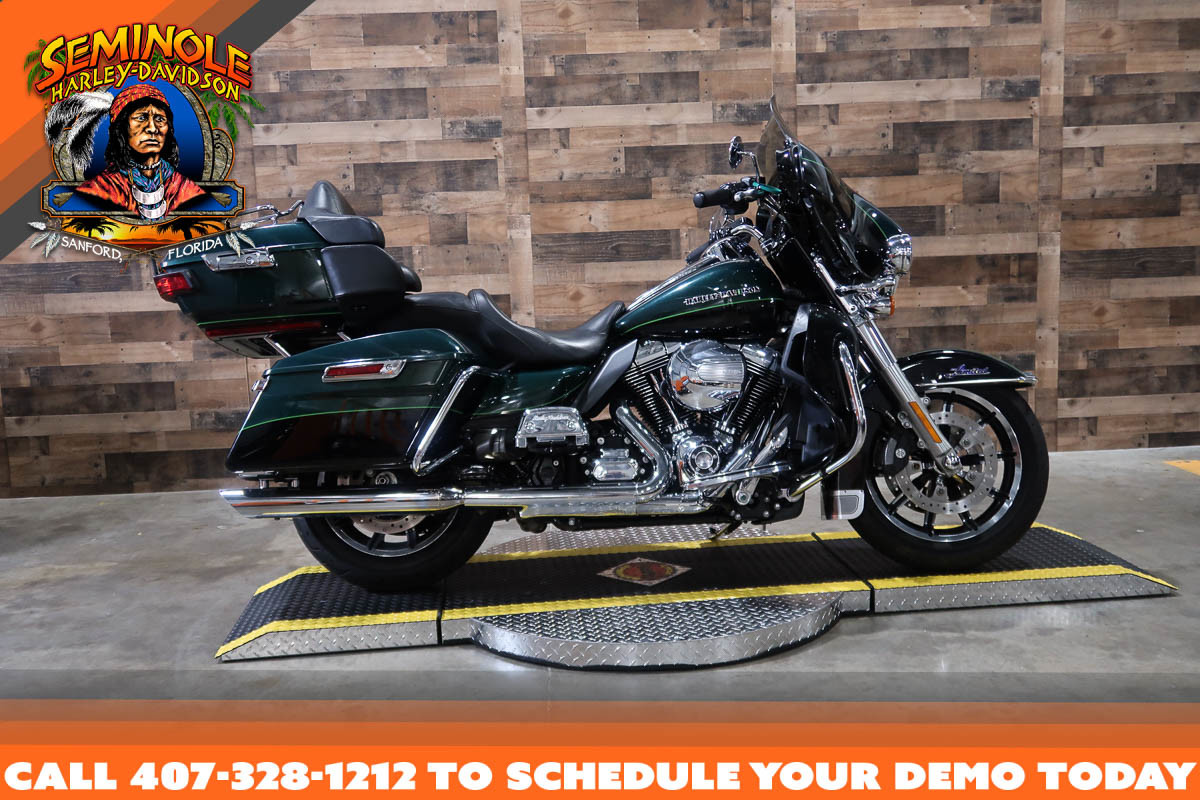 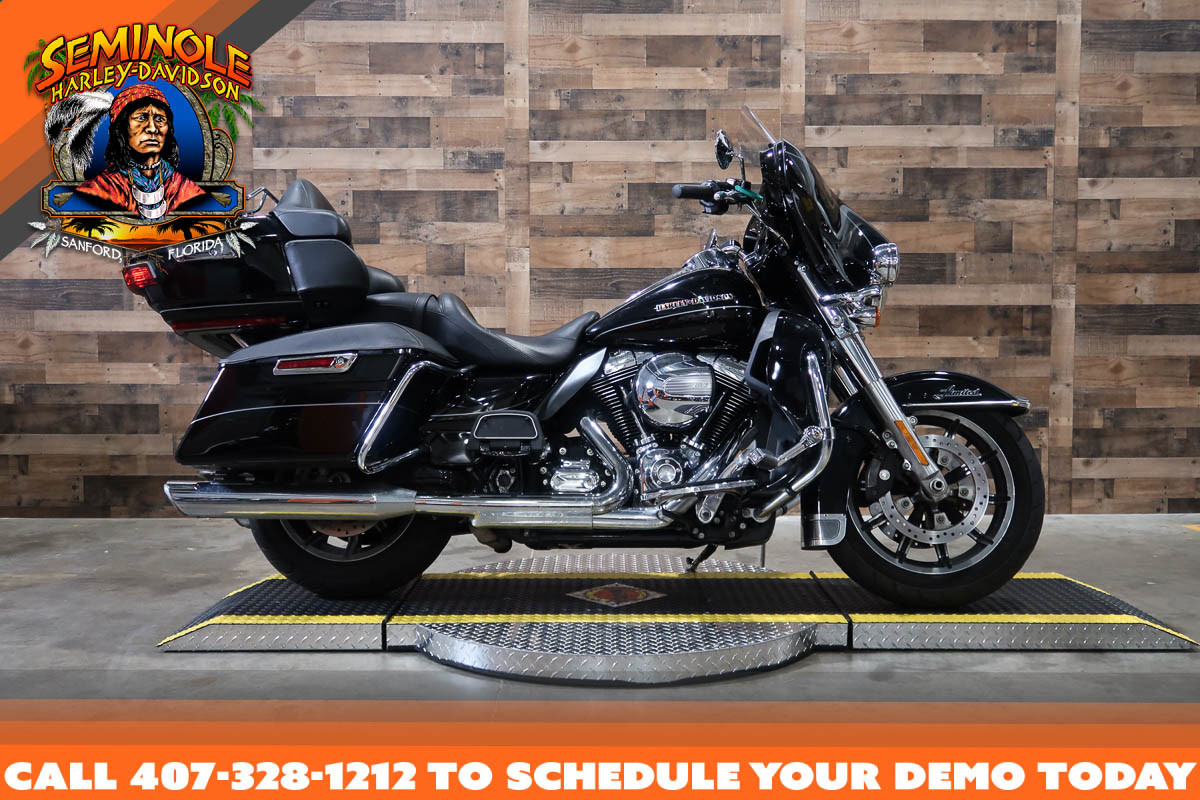 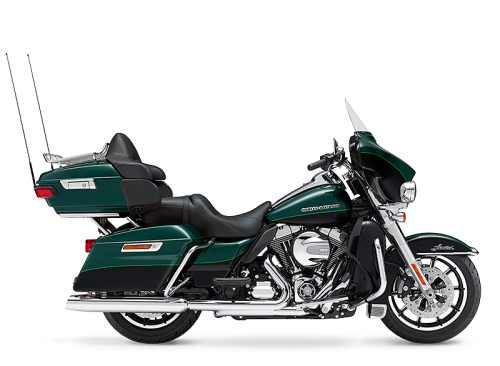 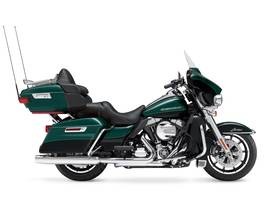 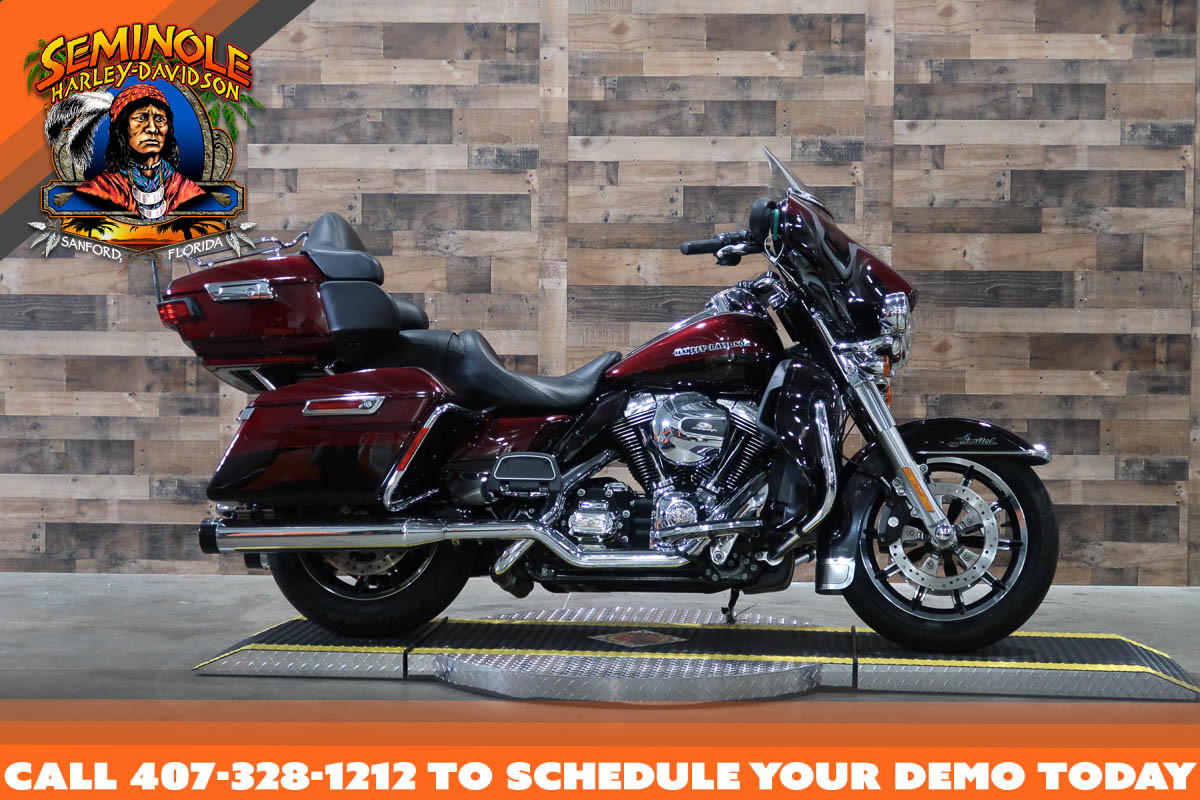 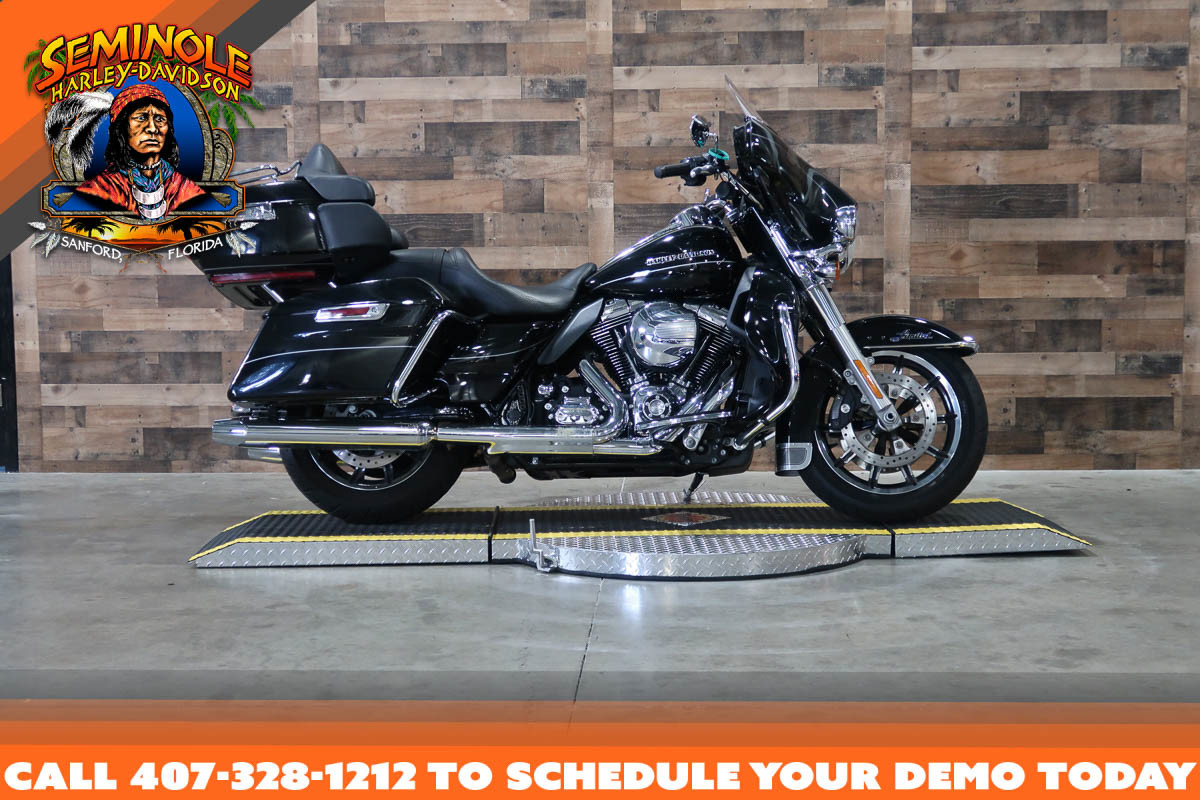